On first viewing Mount Everest from a distance, Howard-Bury feared that
it may not be possible for humans to reach the summit. Yet, during weeks of strenuous climbing
and careful mapping, the team investigated a seemingly endless series of ridges and glaciers, methodically
compiling a map of the mountain and its surrounding region. By September 1921, they had found a potential route to the summit.​
The reconnaissance team was required to live and operate at altitudes of well over 5,000 metres, heights that most of the team had not experienced before. In the official account of the expedition, Mallory recounted: 'Neither Bullock nor I was previously acquainted with any big mountains outside the Alps; to our experience in the Alps we had continually to refer, both for understanding this country and for estimating the efforts required to reach a given point in it. The Alps provided a standard of comparison which alone could be our guide until we had acquired some fresh knowledge in the new surroundings.'
Actor John McGlynn reads an account by Charles Howard-Bury of night's camping at over 6,000 metres 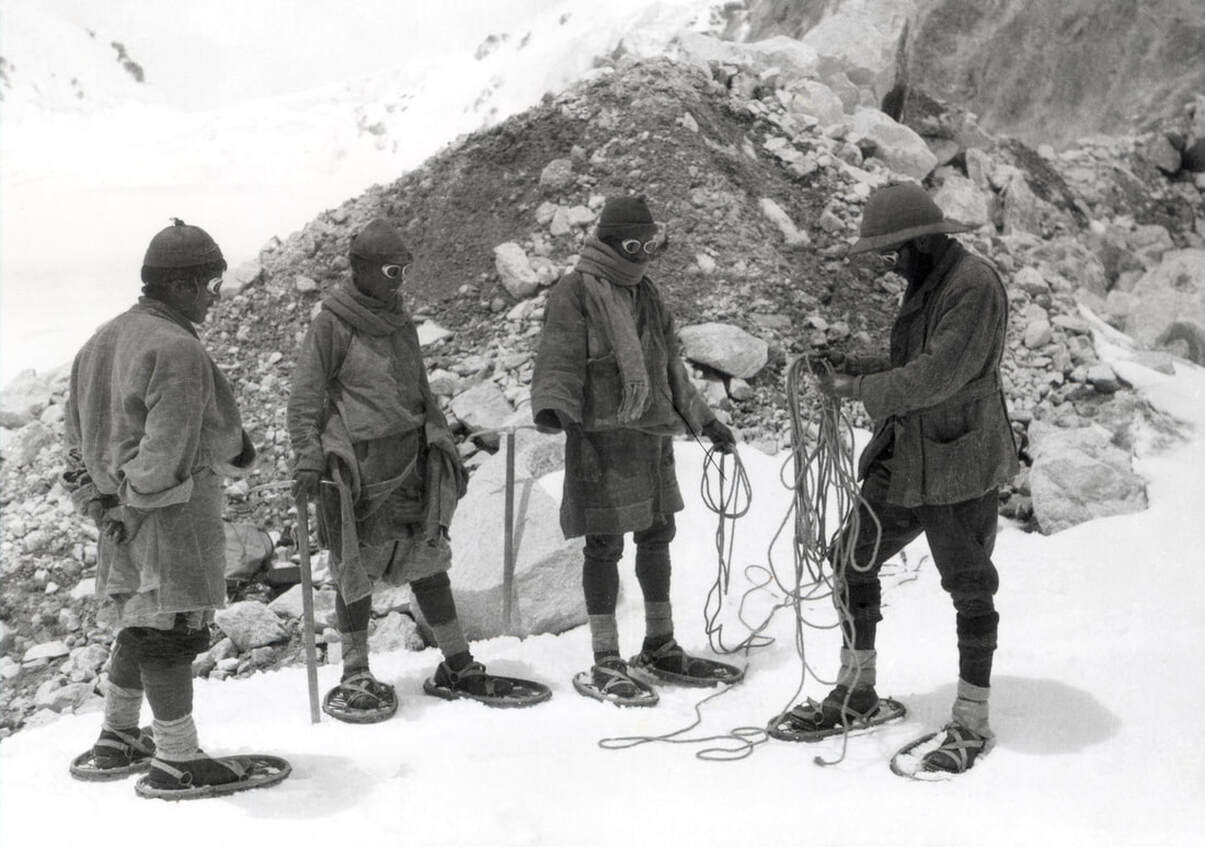 Bullock with three of the reconnaissance team's Sherpas. In the official account of the expedition, George Mallory noted that the Tibetans and Nepalese men who worked for the reconnaissance team were acclimatised to mountain life but they had no experience of climbing: 'They had to be trained in the craft of mountaineering, in treading safely on snow or ice in dangerous places, in climbing easy rocks and most particularly in the use of rope and ice-axe' (Alpine Club Photo Library, London)

Here on this sharp ridge, at a height of 21,000 feet, with no obstruction to hide the view, sunrise came to us in all its beauty and grandeur. To the West, and close at hand, towered up Mount Everest, still over 8,000 feet above us; at first showing up cold, grey and dead against a sky of deep purple. All of a sudden a ray of sunshine touched the summit, and soon flooded the higher snows and ridges with golden light, while behind, the deep purple of the sky changed to orange. Makalu was the next to catch the first rays of the sun and glowed as though alive; then the white sea of clouds was struck by the gleaming rays of the sun, and all aglow with colour rose slowly and seemed to break against the island peaks in great billows of fleecy white.

Charles Howard-Bury watches a sunrise near Everest in September 1921

In this segment from Mount Everest: the Reconnaissance, George Mallory describes how high winds forced him and
his companions to retreat from the North Col in September 1921. The reading is by actor John McGlynn.

The other occasion when we had to face and determine the possibility of an avalanche was in traversing the slopes to the North Col. Here our feet undoubtedly found a solid bed to tread upon, but the substance above it was dubiously loose. It was my conviction at the time that with axes well driven in above us we were perfectly safe here. But on the way down we observed a space of 5 yards or so where the surface snow had slid away below our tracks. The disquieting thoughts that necessarily followed this discovery left and still leave me in some doubt as to how great a risk, if any, we were actually taking. But it is natural to suppose that at a higher elevation or in a cooler season, because the snow adheres less rapidly to the slopes on which it lies, an avalanche of new snow is more likely to occur.
​
George Mallory describing the risk of an avalanche on the North Col in 1921. During the following year's expedition to Everest, of which Mallory was a member, seven Sherpas were killed by an avalanche on the North Col. 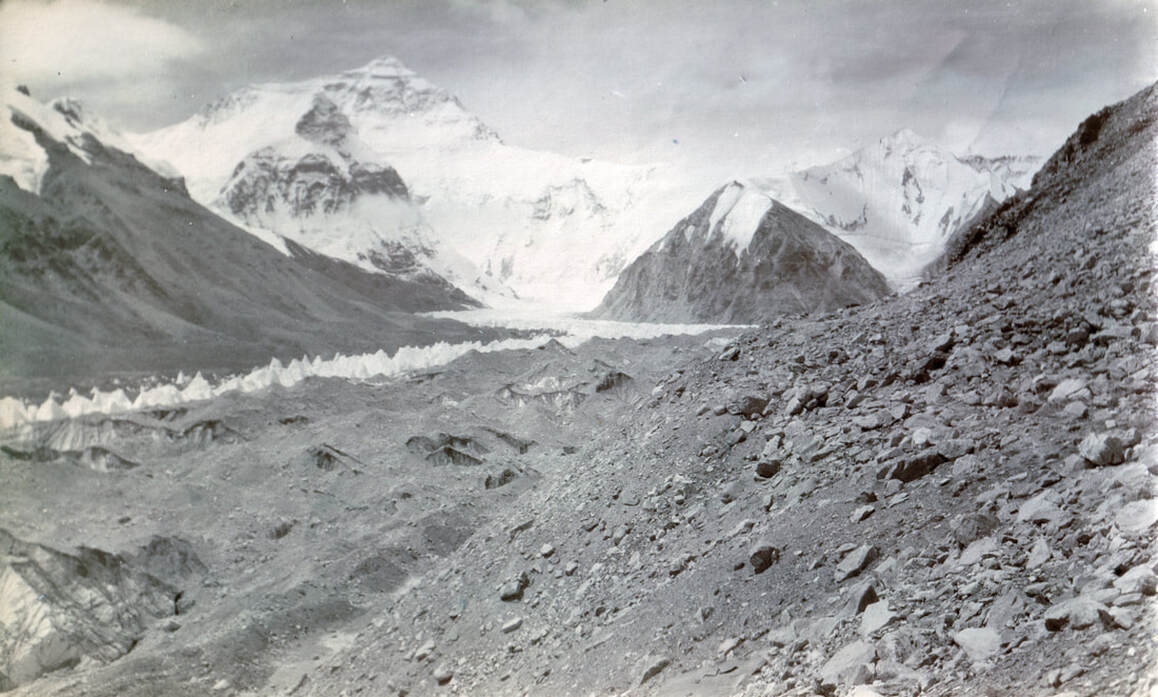 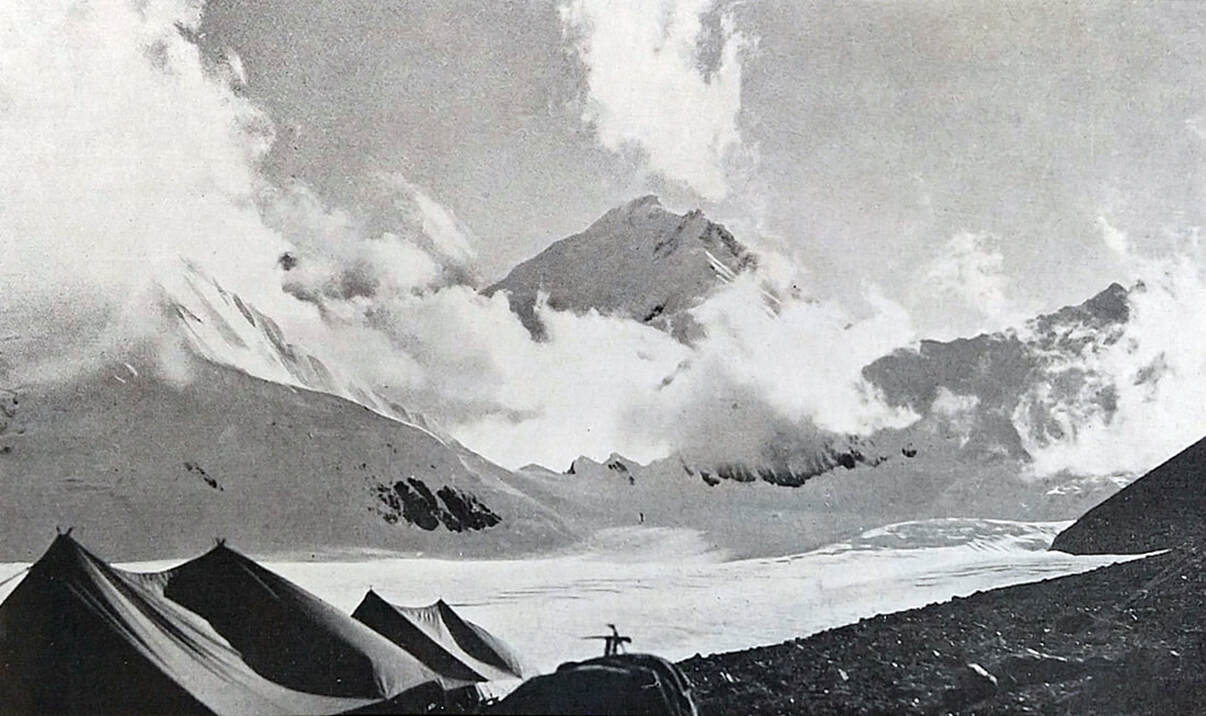 A view of Everest from the camp at Lhakpa La. (L'Illustration, 24 December 1921) 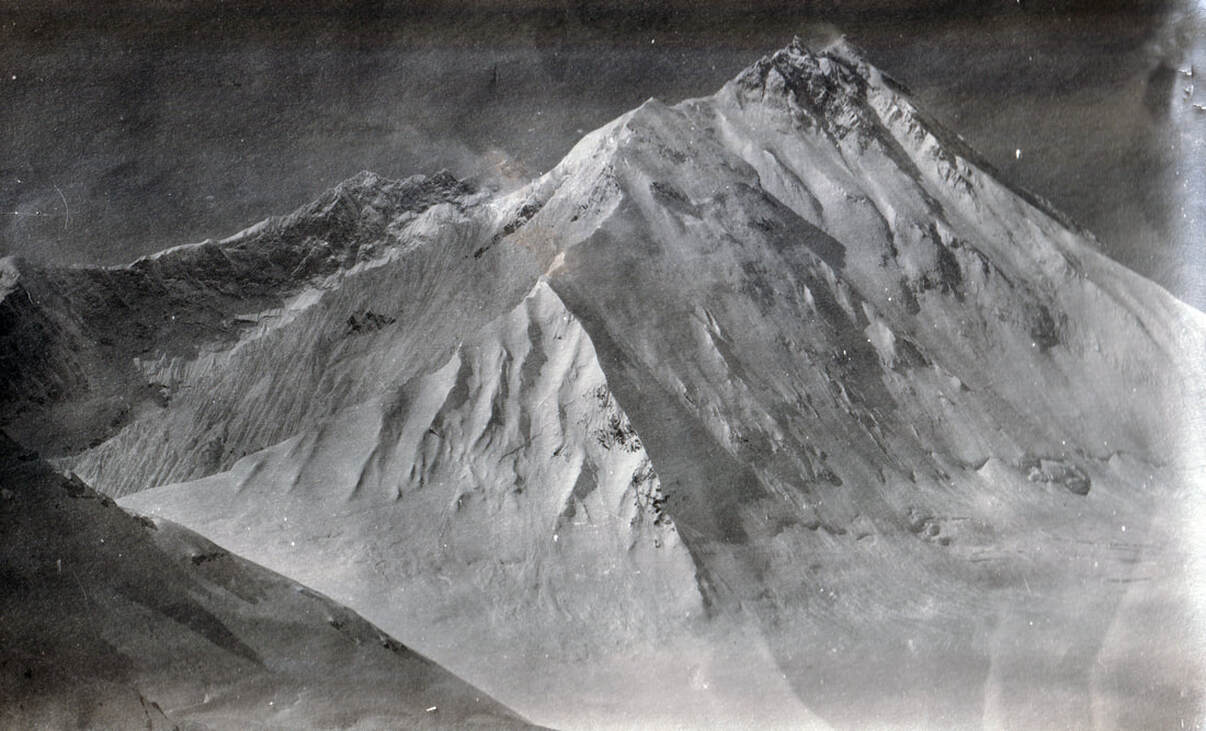 North-east of Mount Everest taken from Lhakpa La. A portion of the North Col/Chang La can be seen on the right of the image (Marian Keaney/Westmeath Library Services: Howard-Bury Collection) 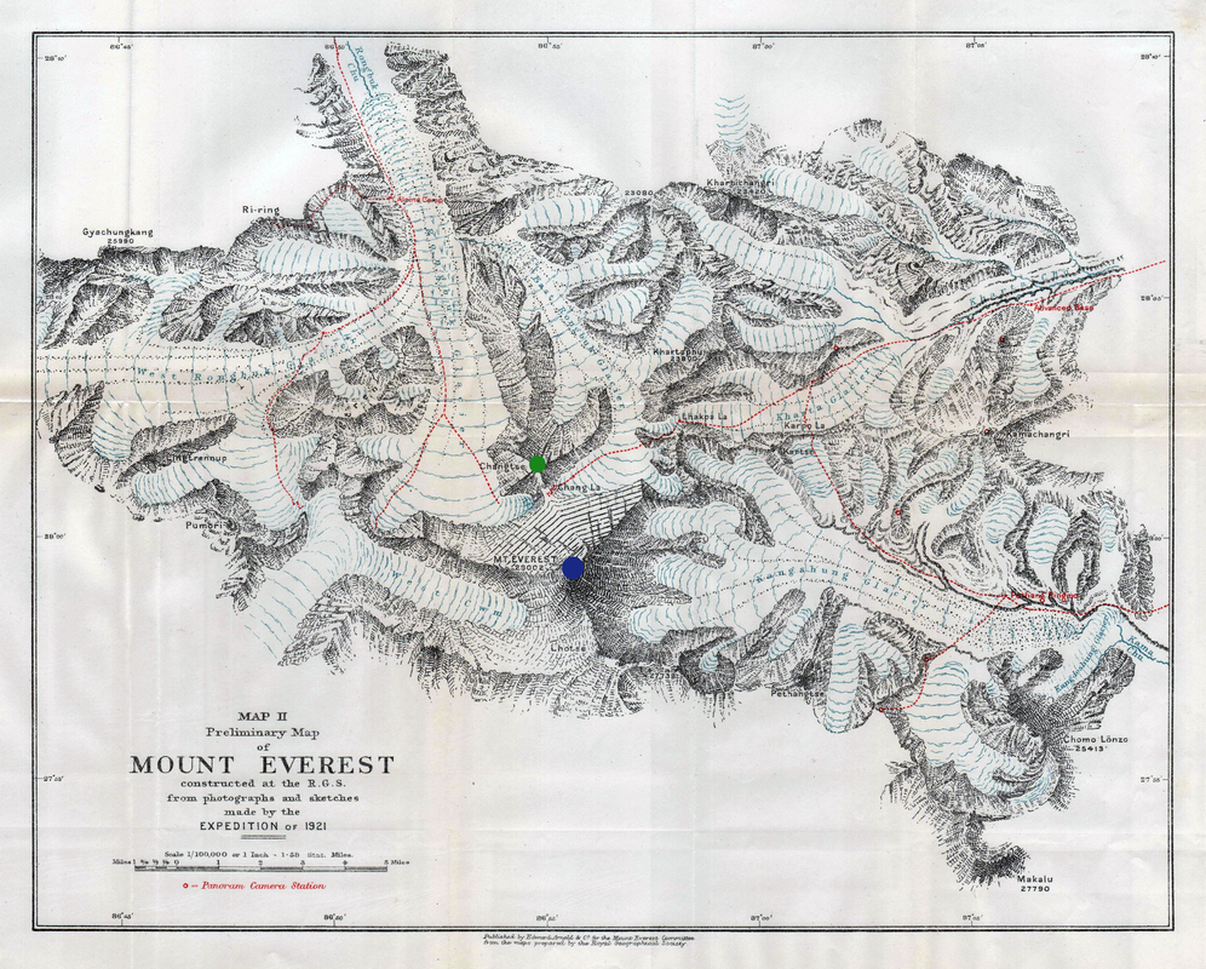