After burying their colleague, Alexander Kellas, the expedition continued further into Tibet,
all the time moving closer to their goal, Mount Everest. The challenges of the landscape threatened to
hamper the team's progress but they found many moments to revel in the splendour of their surroundings.
Frank Nugent describes the team's journey into Tibet.
The film contains photos supplied by Westmeath Library Services and the Alpine Club Photo Library, London.

The marker shows the location of Mount Everest
The 1921 reconnaissance team approached the mountain from Tibet, after travelling from Sikkim in India
Zoom in to see more detail

The Road to Everest: June 1921
Charles Howard-Bury describes his stay at Tinki Dzong in this segment from Mount Everest - the Reconnaissance. The reading is by actor John McGlynn.

A map that appeared in the Sphere, 27 August 1921. It shows the route from Khamba Dzong to Tingri Dzong.
From Tingri, the team would move south to Everest. 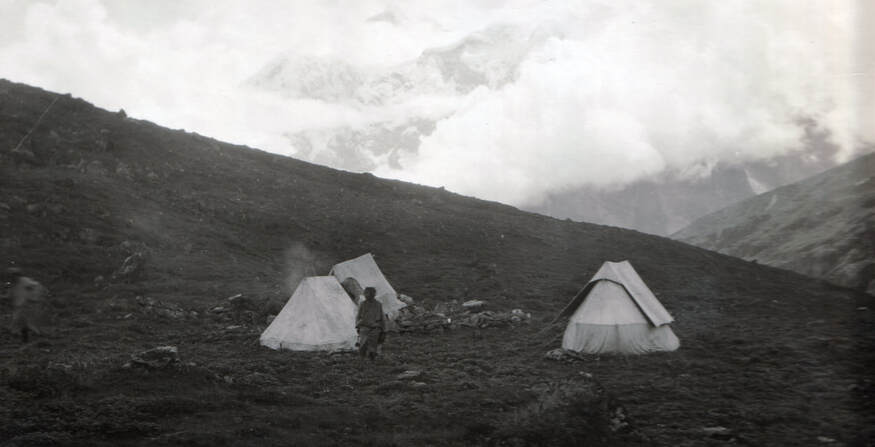 ​The expedition carried whymper and mummery tents, which were standard gear for mountaineers at the time.
(Marian Keaney/Westmeath Library Services: Howard-Bury Collection) 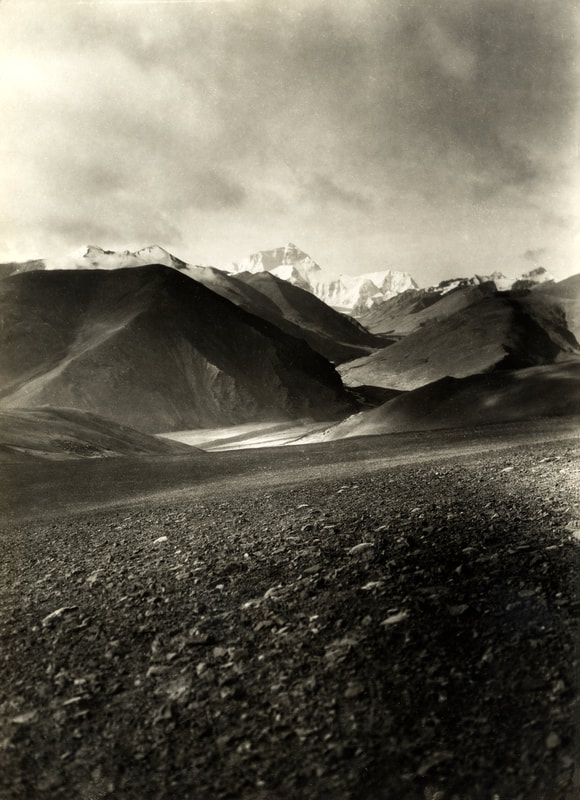 Mount Everest from a distance of about thirty-five kilometres: '... a prodigious white fang excrescent from the jaw of the world', as described by George Mallory. The photo was taken at an altitude of about 5,500 metres, looking south up the Rongbuk Valley. (Alpine Club Photo Library, London)
George Mallory considers Everest 'as a structure' in this segment from Mount Everest - the Reconnaissance. The reading is by actor John McGlynn. 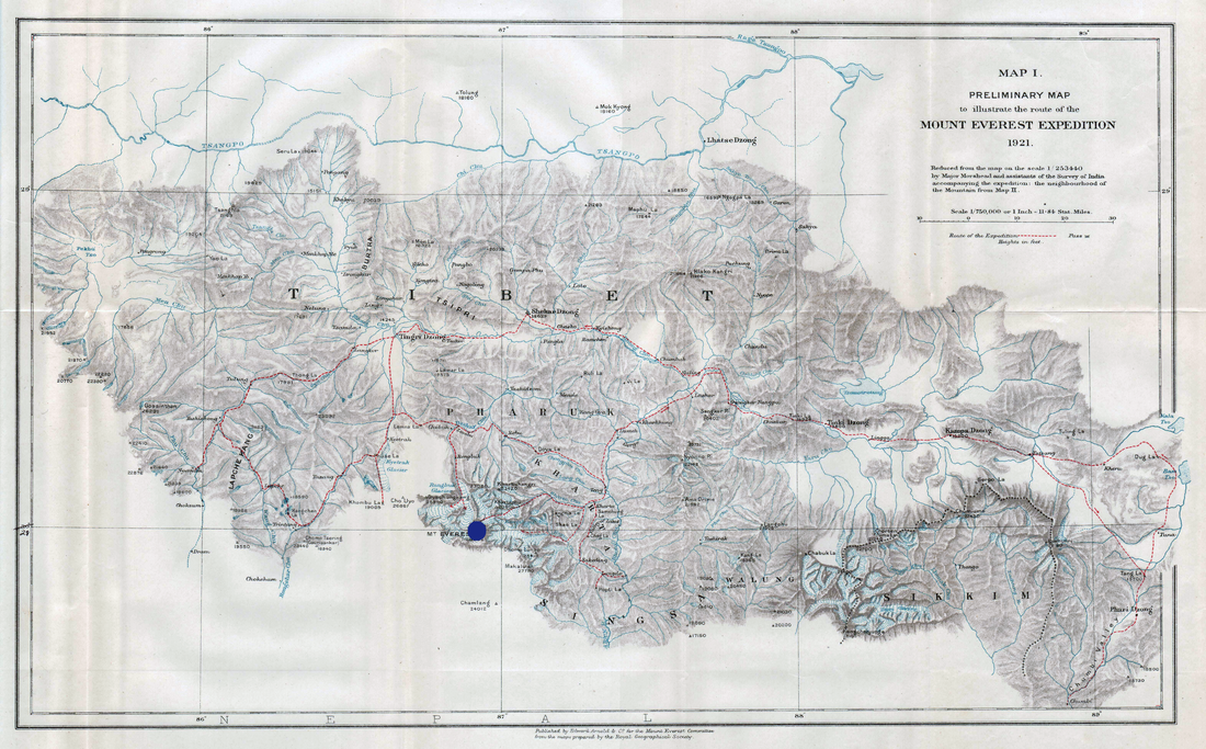 A map compiled by the expedition team, showing their route across southern Tibet and towards Mount Everest, which is marked by the blue circle 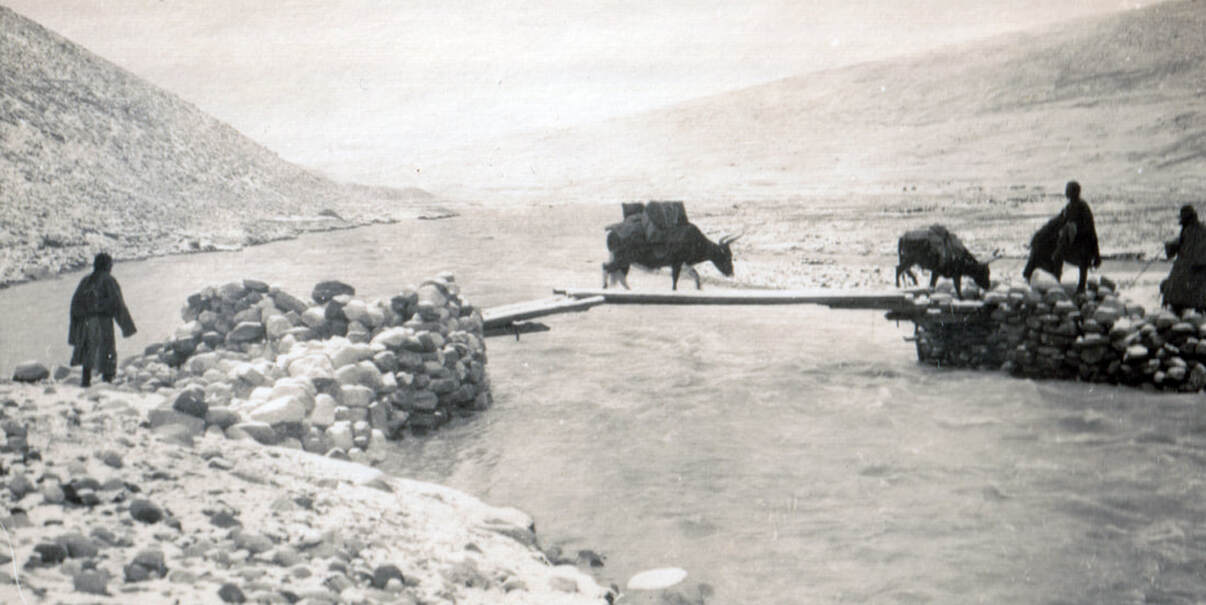